Since the death of George Floyd in May, Black Lives Matter protests have flooded the streets across the country. In Corporate America and across a multitude of industries, companies are pledging to devote more resources towards and focus on Black brands, Black entrepreneurs, and Black-owned businesses.

In the wine industry, there are only about 11,000 Black-owned wineries, but this small contingent is powerful, and they are making unique, delicious vintages.

“Wine and the wine industry has historically been a white man’s world, and that’s changing quickly,” Robin and Andréa McBride, who founded The McBride Sisters, told Forbes in 2018. “We encourage the wine consumer to explore outside of the old expectations of wine.”

The McBride Sisters, which is the largest Black-owned vintner in the United States, uses the brand’s Instagram to help elevate social justice awareness in the industry. On #BlackOutDay2020, the brand posted about how less than 1% of all wines in retail stores are Black-owned.

“Women make up a small percentage of the wine industry and women of color even smaller. We are often met with skepticism and automatically dealt a lack of credibility,” the sisters told Forbes. “You have to have an extreme case of optimism and thick skin to be successful in this business. But the proof is in the bottle, we’ve been owners, makers, and innovators for fourteen years! The most rewarding parts are knowing how hard we’ve worked and how much we’ve sacrificed to get here and seeing the smile on someone’s face when they first taste the wine.”

In Arlington, Texas, a 7-11 franchise owner has been selling out of Black Girl Magic using social media to promote Black entrepreneurs.

“It started with the Black Girl Magic collection, and that sold like crazy,” Alyson Rae Lawson, the 7-11 franchise owner in Arlington, told Fox4. “Then once I bought out all of the warehouses in Texas, I said, why don’t I get the rest of the McBride’s in stock until I get more Black Girl Magic.”

Lawson uses social media to keep customers in the area apprised of when Black Girl Magic is back in stock, but as soon as the post goes up, the product on the shelves sell out. Consumers are actively trying to buy more from Black-owned brands, and their wines are no exception.

“It kind of blew out of the water,” Lawson said. “I think my last order of the entire McBride collection was 80 cases.”

There is nothing like getting together with your girls. As you are all looking for ways to safely connect with your people, consider a weekly wine down!⠀ ⠀ Just assign someone to libations🥂 (two bottles of your favorite Black Girl Magic wine), appoint a snack queen👑, and pick someone who is 🔥 fire on the aux!⠀ ⠀ Assign your friends a task below!⠀ ⠀ 📸 by @sadesolomon

How to include more Black-owned wineries in your business

For restaurants or liquor stores that want to include more Black-owned wineries, start by researching Black-owned brands, which you can find through a simple Google search.

There are celebrity-owned labels, such as Domaine Curry, owned by Stephen and Ayesha Curry, and Lve Wines, which John Legend is a part of, which would be easy to adopt and sell. But focusing on smaller-family owned wineries is essential too. Brands such as Stuyvesant Champagne has a great backstory about the founder barely being able to afford Moet Champagne, and now naming the brand after her childhood neighborhood in Brooklyn.

Many retail stores are taking the 15 Percent Pledge, which is a commitment to have 15% of all products on the shelves be from Black-owned businesses. Given the vast disparity of Black-owned vineyards, this may feel lofty, but starting to feature more Black-owned brands than you currently do is a significant first step.

The 15 Percent Pledge’s website acknowledges this disparity on its FAQ page. The question was, “What happens if my numbers are shamefully low?” The campaign responded, “Frankly, everyone’s are. You are not alone. But you can take the brave and vital step of owning where you are at–acknowledging that you are not above one of the biggest problems facing society today–systemic racism–and being proactive in claiming that you plan to be part of the solution.” 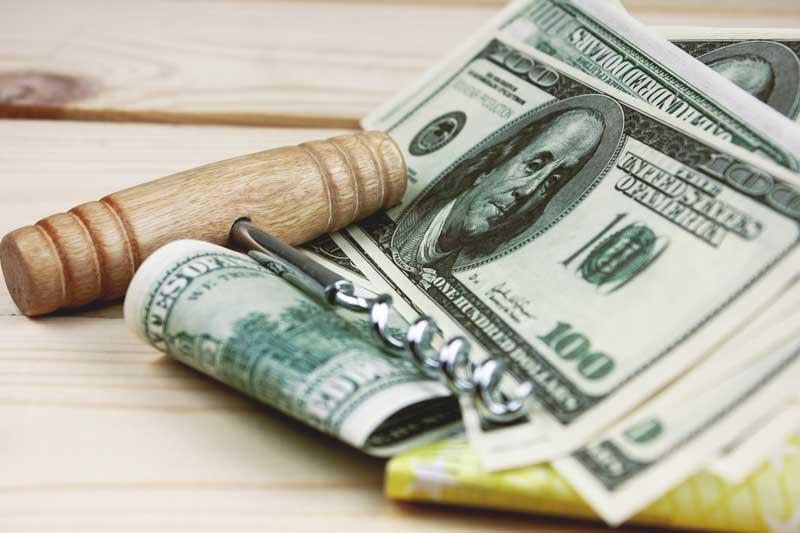 Like Everything Else, the Cost of Wine is Going Up

The average consumer knows that when they walk into the grocery store, they will pay more for items like eggs and chicken. Now they can add wine to...

END_OF_DOCUMENT_TOKEN_TO_BE_REPLACED Say Goodbye To Wines Under $11

Wines priced under $11 are seeing double-digit drops in volume in the US -- upwards of 10%. "I don't see heavy production companies that manufacture...